3 ways how cats helped us through the pandemic

Just like many people during the pandemic, we've had a pet to take our minds off of the challenge of being at home and around each other all the time. We are still a cat person family, but we've a had bit of a twist in our pet guardianship.

Our beloved cat, Kuro, passed away last December, on the second to last day of 2020.  As if the horrible year for everyone couldn’t get worse for us, it did.

She had an intestinal leakage that drained fluid into her lungs, which complicated and exacerbated her breathing. The vet couldn’t do anything to treat her, and she was more advanced in age, so we chose not to allow her to suffer anymore.  Later on, we had her cremated, and her ashes sit in a bag embroidered with the saying “Until we meet again at the Rainbow Bridge,” right up on our mantle. 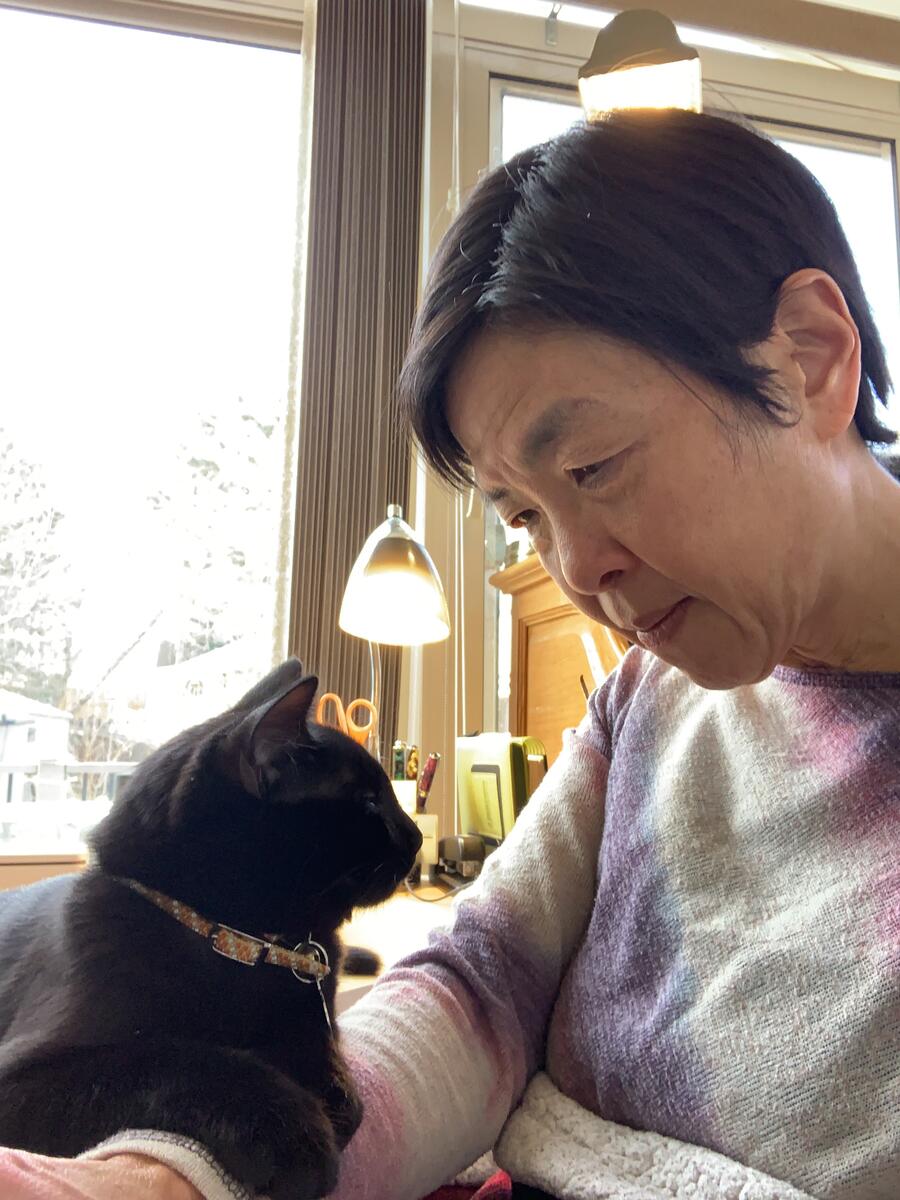 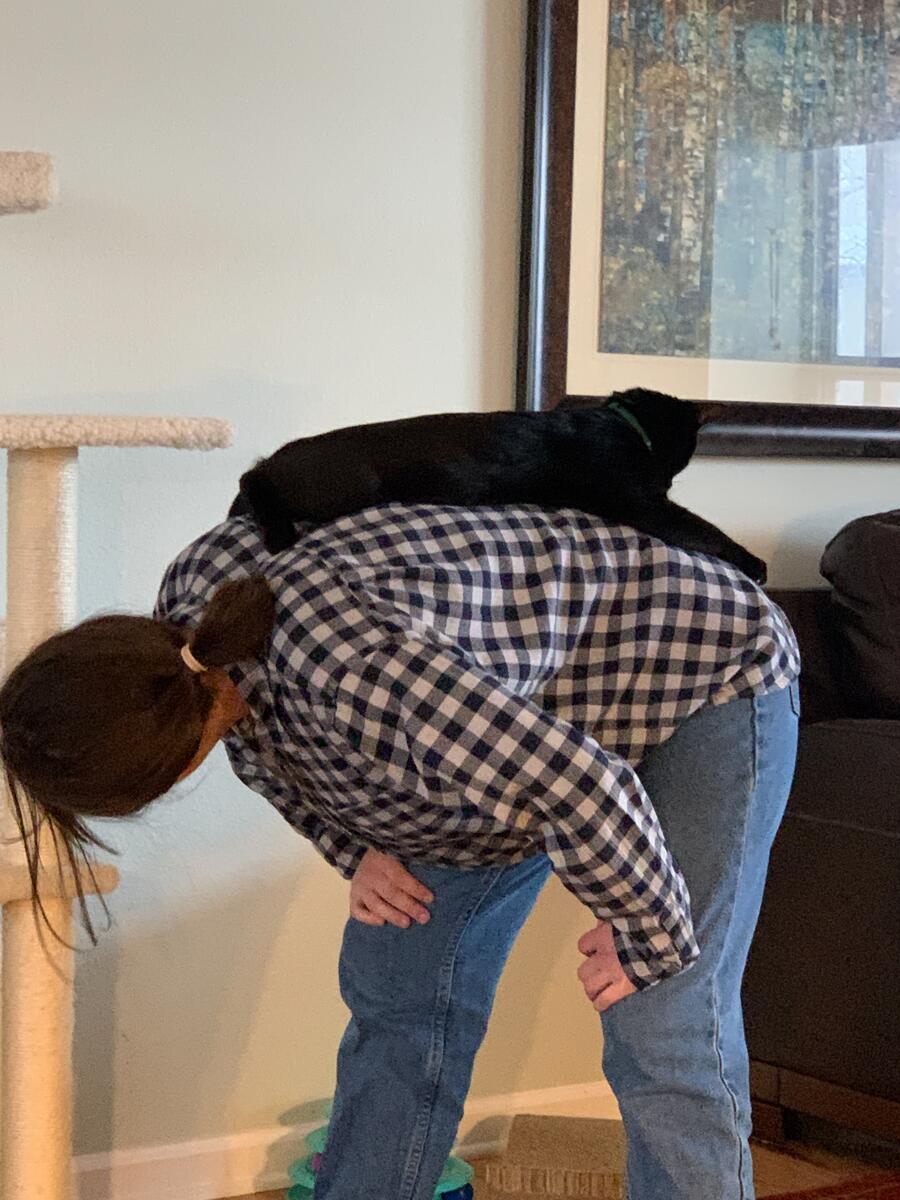 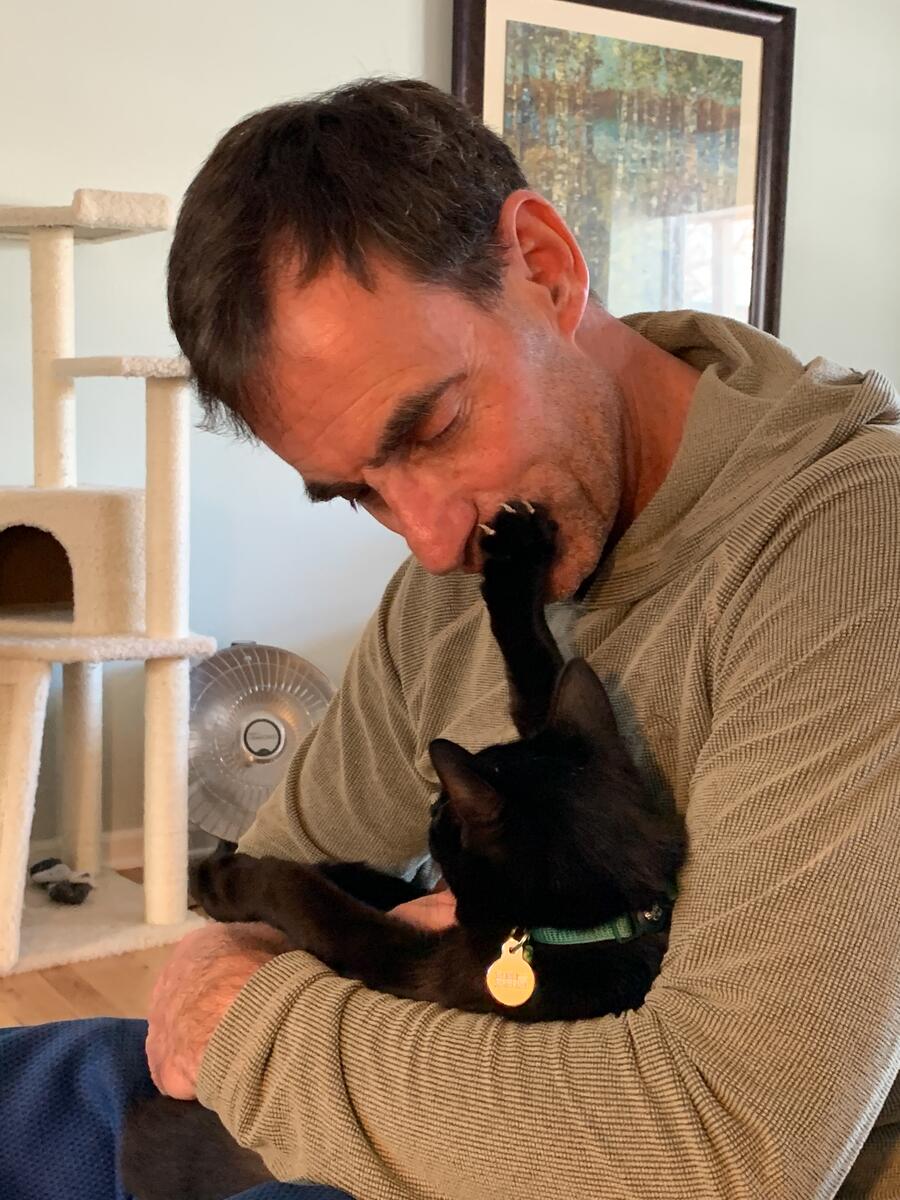 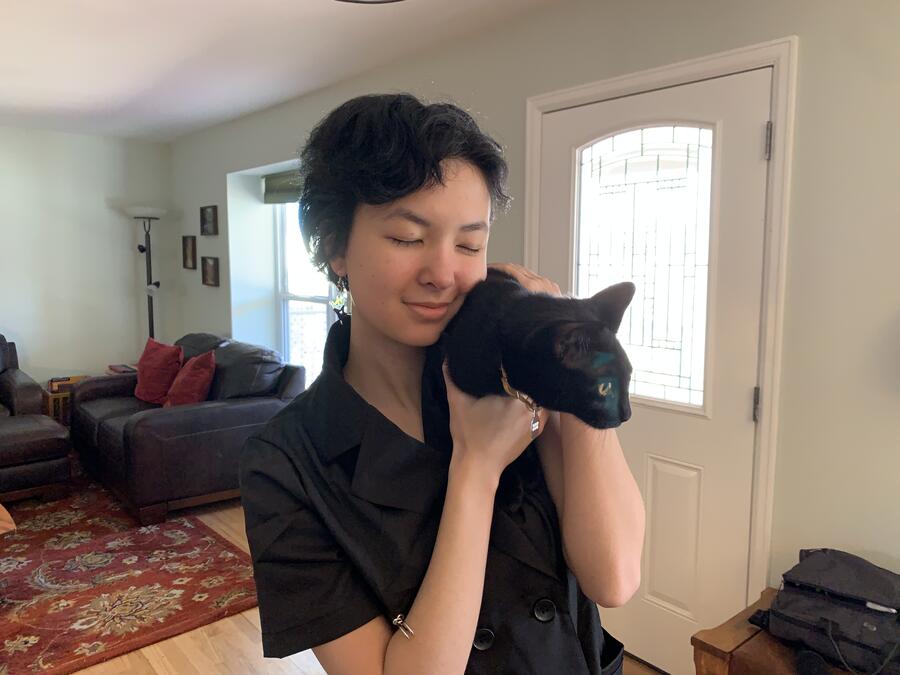 A new addition to the family

We then had a bit of a family conflict.  Should we get a new kitten or have some time to mourn Kuro?  The whole matter became split – NLS and I thought having a new cat would help us get over the grief of losing one pet, while JRS and RAS believed it was too soon.

After nearly a month, we adopted a new rescue kitten.  But during that in between time, we visited the Foothills Animal Shelter down the road from where we live.  There were so many cats that we could’ve taken home right away, but we practiced restraint and said we could wait.  JRS especially adhered to this decision.  She grew very close to Kuro and was even with me at the vet’s during the euthanasia, and her firm belief was getting a new cat was premature.

However, NLS and I couldn’t resist a tiny, coal-black tom kitten named Sycamore.  He was probably about five pounds and no longer than a foot and uttered that irresistible “mew mew” that immediately melts even the coldest hearts.  Sycamore was a rescue from New Mexico and didn’t have many health or behavioral issues.  Once we convinced RAS to adopt him, we brought him home.

But not everyone welcomed Sycamore, who we now renamed Genji from an anime program the girls watched (and no, his name is not from the ancient Japanese novel “Tale of Genji”).

JRS deliberately stayed away from Genji, because she still needed to mourn Kuro. But it only took a little less than a month for her to connect with our new kitten.  He would hop up onto our dining room table, where she does the majority of her remote college work and rub against her computer monitor.  Genji would then hop into her lap as a place of rest.  Slowly she warmed to him, and now he’s completely won her heart over.

One thing about Genji – he is so much more energetic and rambunctious than Kuro ever was, and it’s presented a slight issue.  He’ll leap up into places that she never did (his favorite is the vertical blind frame in the sunroom, which is a good seven feet tall from the floor).  At certain times of the day, he becomes a black blur that leaps, zooms and skids all over the house.  Genji doesn’t mind scratching on anything and everything, necessitating us to pick him up and bring him to the cat tower that has four scratching posts.

It’s a whole new cat experience for us, even as we had four years of relative calm with Kuro. But it’s been fun to raise a new pet from practically the start, and he's offered us some unexpected lessons 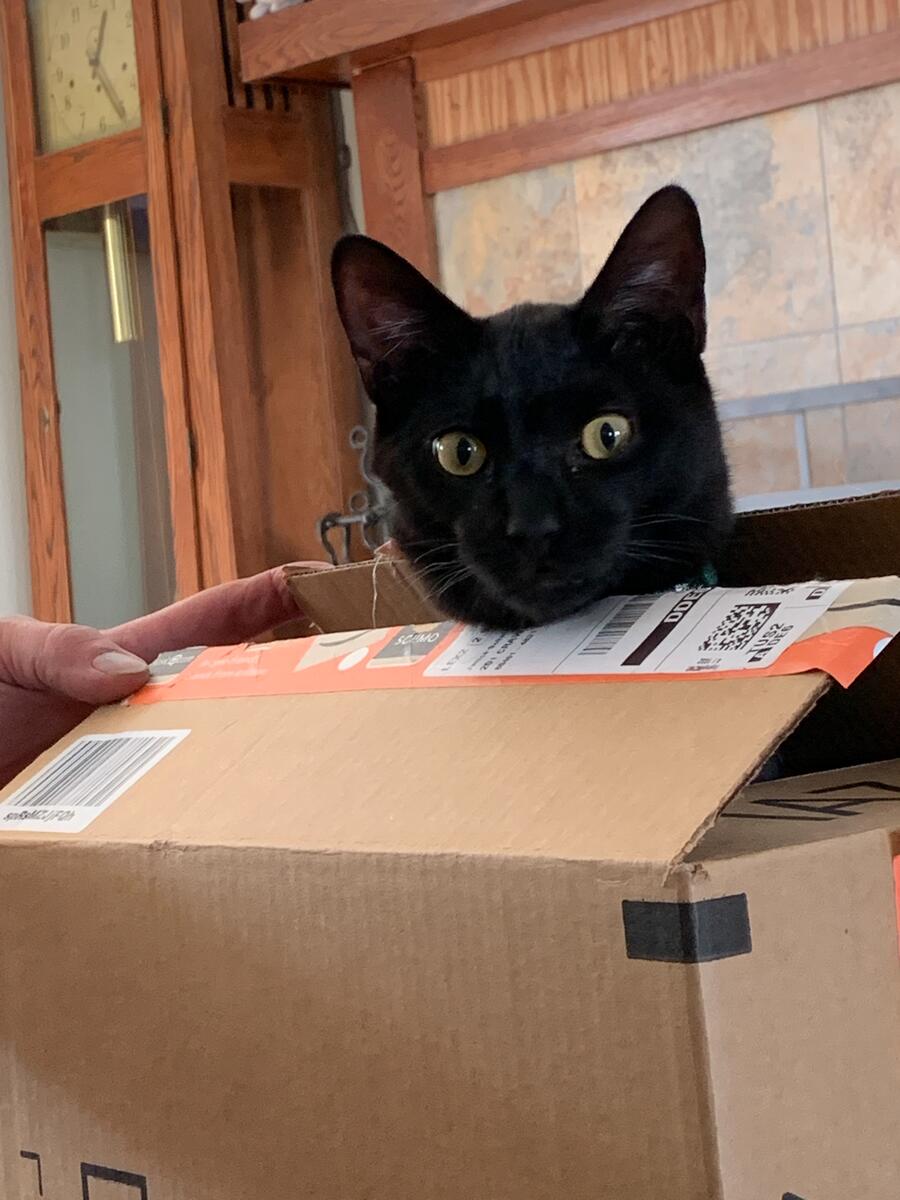 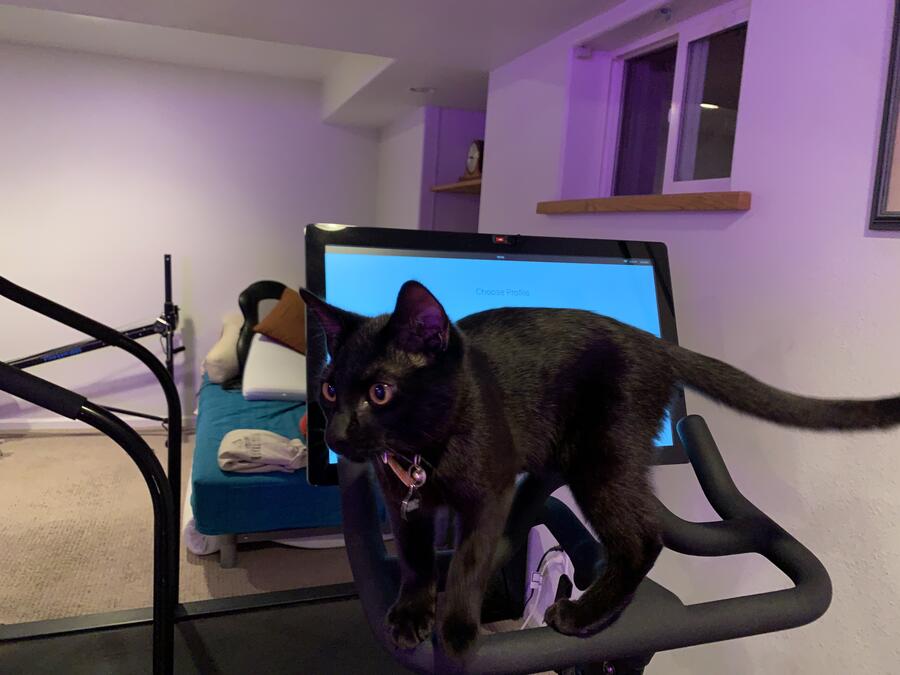 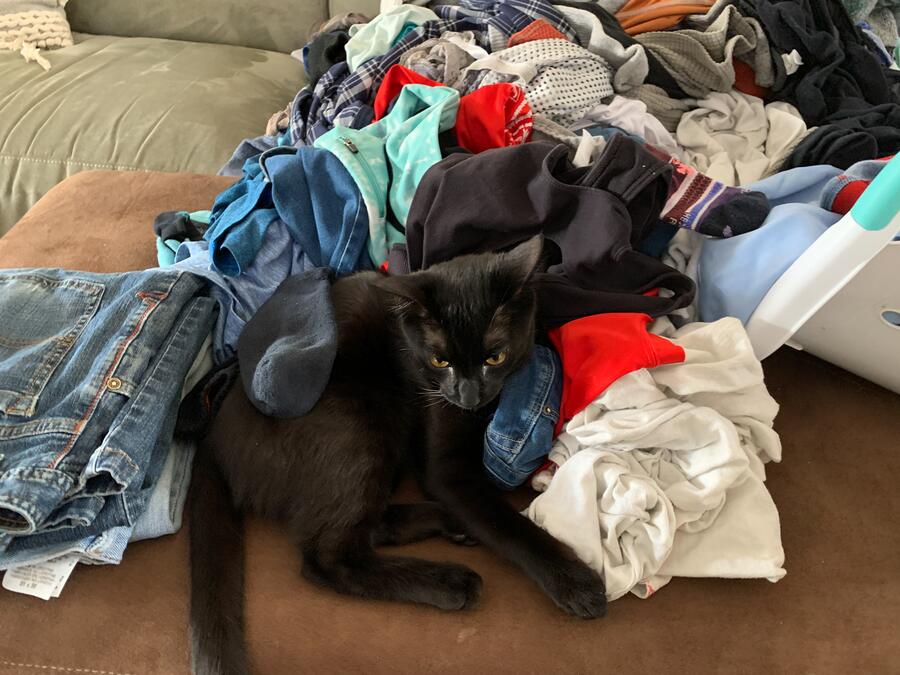 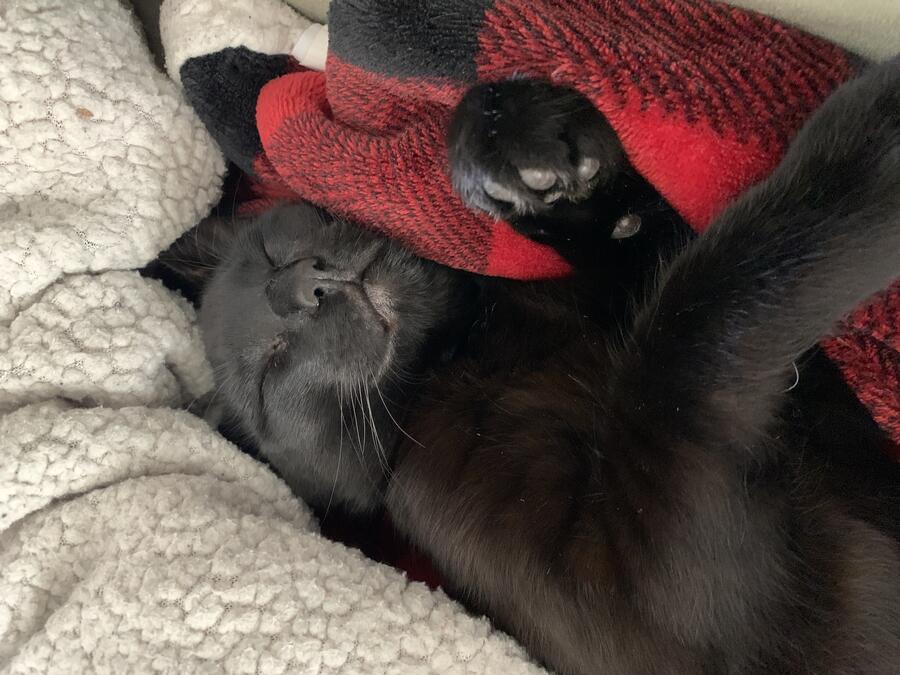 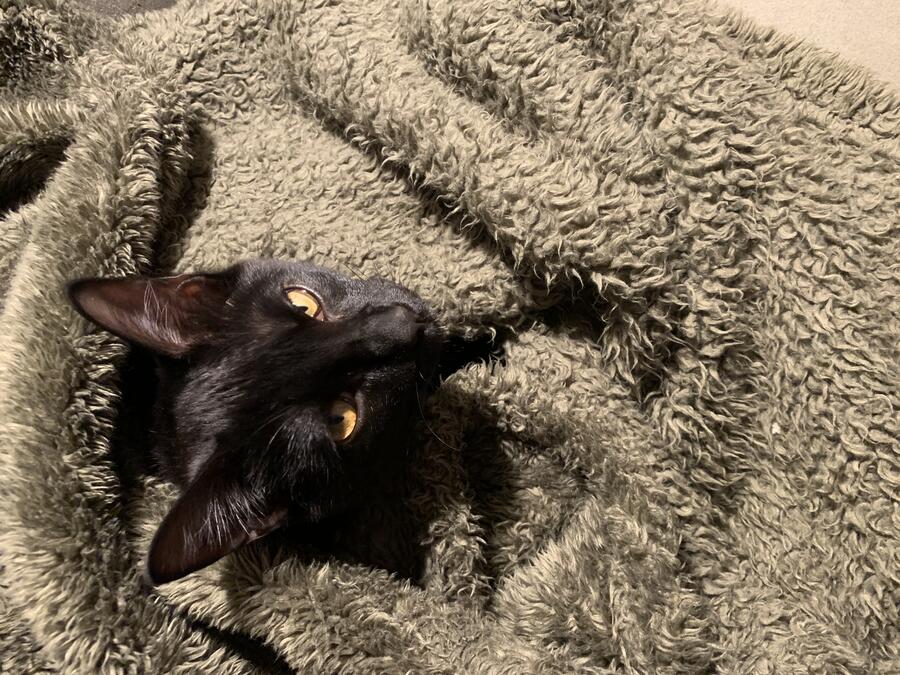 Things learned as a cat person

1.) Having a pet (cat or dog or ferret or whatever) gives you something to care about other than yourself.

This has become especially true with the girls now both becoming adults. We are actually all learning this lesson, and it's become even more significant during the COVID-19 pandemic and being quarantined at home.

2.) Genji gives us a bit of levity

Because of that same pandemic, my family and I have had our tough life moments.  We get on each others' nerves and have become more stressed than before.  Having a kitten with his capricious behavior brings a smile when we need it most.

3.) A low-maintenance pet = one less thing to think about

While having a dog would have been great for getting outdoors for walks, a cat essentially allows us to carry on with our day. Genji does his own thing and doesn't demand much attention and time, and we're fine to give him that when he does.